This page uses javascript to help render elements, if you have problems please enable javascript. 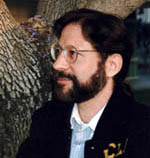 I received my PhD from UCLA in 1972. I taught at University of Illinois, Urbana-Champaign from 1974-1986, where I was head of the Division of Quantitative and Industrial/Organizational Psychology, and promoted to Full Professor in 1982. I came to CSUF in 1986 on leave from University of Illinois, and made the position here permanent in 1988. I am founder and current co-director of the Decision Research Center. I was named Outstanding Professor for CSUF in 1991-92. I have published more than 125 scientific articles and three books. In the last decade, I have had five grants from the National Science Foundation and one from the American Psychological Association. I served as president of the Society for Mathematical Psychology, 2002-2003, president of the Society for Judgment and Decision Making, 2008-2009, and president of the Society for Computers in Psychology, 2009-2010.

My research interests are in the areas of judgment and decision making, psychophysics, social judgment, mathematical models of behavior and research methodology, including behavioral research via the Internet.

This site is maintained by Department of Psychology.

CSUF is committed to ensuring equal accessibility to our users. Let us know about any accessibility problems you encounter using this website.
We'll do our best to improve things and get you the information you need.